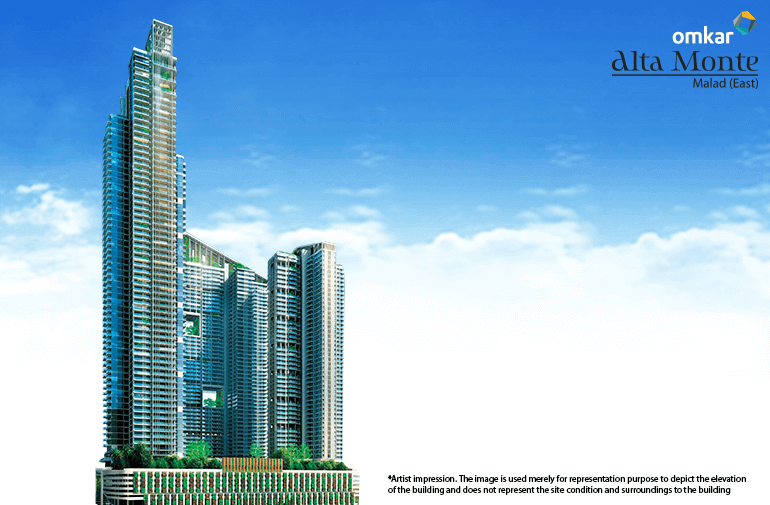 Omkar Alta Monte tower standing tall at 250 meters (MSL) in Malad East, is yet another residential property in Mumbai, joining the league of super heightened towers in Mumbai. Similar, countless towers rising above 250 meters in the sky in the Northern region of the city covering Andheri to Goregaon to Borivali, is a visible transformation of the entire Nothern area of the city into sky touching towers similar to Manhattan. More than 30-40 such luxurious high-rise towers are already standing in the sky talking to the clouds in this belt already. An additional 70 to 100 skyscrapers are seen being developed, with increased construction activity converting old dilapidated buildings to today into tall luxury structures of tomorrow.

Today, the financial capital of India, Mumbai has the maximum number of luxurious high-rise buildings within the country. With excess availability of land in the northern areas of the city and the demand for luxury apartments in Mumbai, the city is seeing a rising number of such taller luxury towers from Goregaon to Borivali and Dahisar. Today, Mumbai has 9 supertalls buildings, which are 300 meters high from Mean Sea Level (MSL). Moreover, hundreds of skyscrapers and thousands of high-rises are under-construction in the city at present. Currently, Mumbai is home to largest number of under construction real estate projects in the world. These ongoing projects are being developed in areas, which can be considered as free hold land in the megacity.

The original residential towers in Mumbai were constructed in the 1970s, when Usha Kiran and Matru Mandir were developed, and stood at about 250 feet or 25 floors, respectively. However, after a significant delay, construction projects since the mid-1990s began taking the skyline upwards, with a major acceleration in the pace of development since the last decade.

According to the Council on Tall Buildings and Urban Habitat (CTBUH), 106 skyscrapers over the height of 200 meters were completed globally in 2015, thereby setting another record for construction of tall buildings globally. Out of this, 13 were Supertall buildings (300m and higher). Globally, there are 1040 (200m and higher) buildings as compared to 265 buildings in the same category, since the year 2000.

Mumbai is witnessing a substantial shift in the industry with the development of increasing number of luxurious skyscrapers in the northern area of the city. This has resulted due to the availability of larger land parcels and rising number of redevelopments of old building structures.

Secondly, the affordability factor in North Mumbai and South Mumbai is certainly a reason for increasing number of high rise towers in the northern area of the city. Moreover, while analyzing the investment pattern of South Mumbai, it was found that luxury properties are immensely capital-intensive. But, if the same development is available for a lesser sum under the category of luxurious project in a sky-rise tower, its value appreciates. This happens due to the ever-changing infrastructure development.

The rising demand of luxury apartments in Mumbai, is directly proportionate to the growth in demand in the northern belt of the city. Today, the investors in this zone eye the complete ecosystem, right from easy access to commercial hubs, retail spaces, recreational spaces, basic facilities and amenities such as schools, hospitals, and malls which are coming up in plenty with the increase in newer high-rise developments.

Also, the shift of major commercial activity towards northern corridor from South Mumbai along with Western Express Highway, is witnessing an increase in appetite amongst the elite professionals. These bigwigs of the city are on the lookout of global level comfort and world class living standards, in proximity to their workplace. With all the ultra-modern facilities at par with international standards, it has resulted in the demand for the rising number of top-end properties at affordable budgets.

The western suburbs overall, spanning the area from Andheri -Goregaon to Dahisar, is witnessing traction in the high-end luxurious tall tower residential developments with launches having increased by approximately 17% from the first quarter to the third quarter of this year, according to data from PropTiger.

The study adds that the said suburbs from Andheri-Goregaon to Dahisar account for nearly one-third of the total high-end tall tower launches witnessed in the city during this period. The report adds that the relatively low cost of land, much-improved physical and social infrastructure and proximity to new commercial hubs, have led to increased premium real-estate activity in the entire northern Mumbai region.

Omkar’s Alta Monte in Malad East, Lodha’s Fiorenza in Goregaon, Elements by Rustomjee in Juhu, Nahar’s Amrit Shakti in Chandivli and Ekta World’s Tripolis in Goregaon are among the high-end projects seeing completion and handover in next 6-12 months with prices starting at Rs 2 crore.

Today, reputed developers like Omkar Realtors & Developers construct residential properties in Mumbai, which can be considered as a smart home. These homes usually feature high-end automation, designed in collaboration with foreign architects, for instance, Omkar’s Alta Monte, whose architectural design was envisioned by a US based Callison, where SPA is by ESPA world’s leader in SPA and US based Barkley for PET SPA. While Elements was conceptualized by Hong Kong-based James Law and Singapore’s Patty Mak. Additionally, London-based interiors and fashion designer Jade Jagger helped design Fiorenza.

According to JLL India infrastructure right from metro rail connectivity, increased connectivity on the WE Highway has certainly helped, and now there are plans for more Metro links in the region.

On the other hand, rising number of corporate hubs, hotels, entertainment areas, shopping complexes, quality amenities in the northern zone stretches from Andheri to Dahisar. This stretch is now transforming the entire northern Mumbai as one of the most attractive regions to live in the luxurious towers like any skyscraper in MANHATTEN. 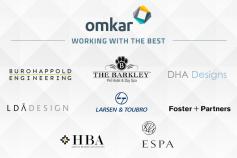 Omkar 1973 Worli Collaborates With The World’s Best To Carve, `Palaces in The Sky,’ Reflecting Magnanimity and Surrealism For The Who’s Who Of The Country 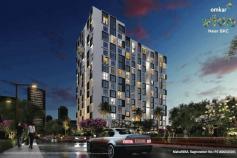 The Transforming Face of BKC, From Mumbai’s Most Coveted Commercial Hub Into a Premium Residential Reality